Many Australians over the years have secretly harboured the desire for our great nation to invade and brutally conquer New Zealand, purely in order to stamp out, with extreme prejudice, their hideous pronunciation errors, via mass forced speech therapy. We knew that the world community would condemn us – publicly – that they would apply some token sanctions, but privately they would be relieved that someone had finally gone and rid the earth of the Kiwi accent, and the sanctions would discretely be lifted after some appropriate interval. If America could consider conquering New Zealand in the olden days of 1908 while needing to traverse the entirety of the Pacific Ocean to do it, then surely plucky Australia could manage the job from so near.

But we didn’t do it, and our failure to act continues to have consequences, and they are now much worse than the continued festering of the six-sux issue. New Zealanders have not only resoundingly reelected globohomo whore demon Jacinda Ardern (surname pronounced kʌnt), but they’ve announced the most “incredibly diverse” cabinet in the history of the world, and you know this is going to be bad, really bad, because it’s New Zealand. Some of the highlights:

Fat pig homosexual Grant Robertson who in between slobbering over poor rentboy twinks is going to be Deputy Prime Minister:

And an Indian with a suitably ridiculous Indian name, Priyanca Radhakrishnan, as Minister for Diversity, Inclusion and Ethnic Communities:

There don’t seem to be any trannies though. Next time no doubt.

We don’t have a hideous gorefest group photo yet, but this, 2017, gives an inkling of how bad the current one is: 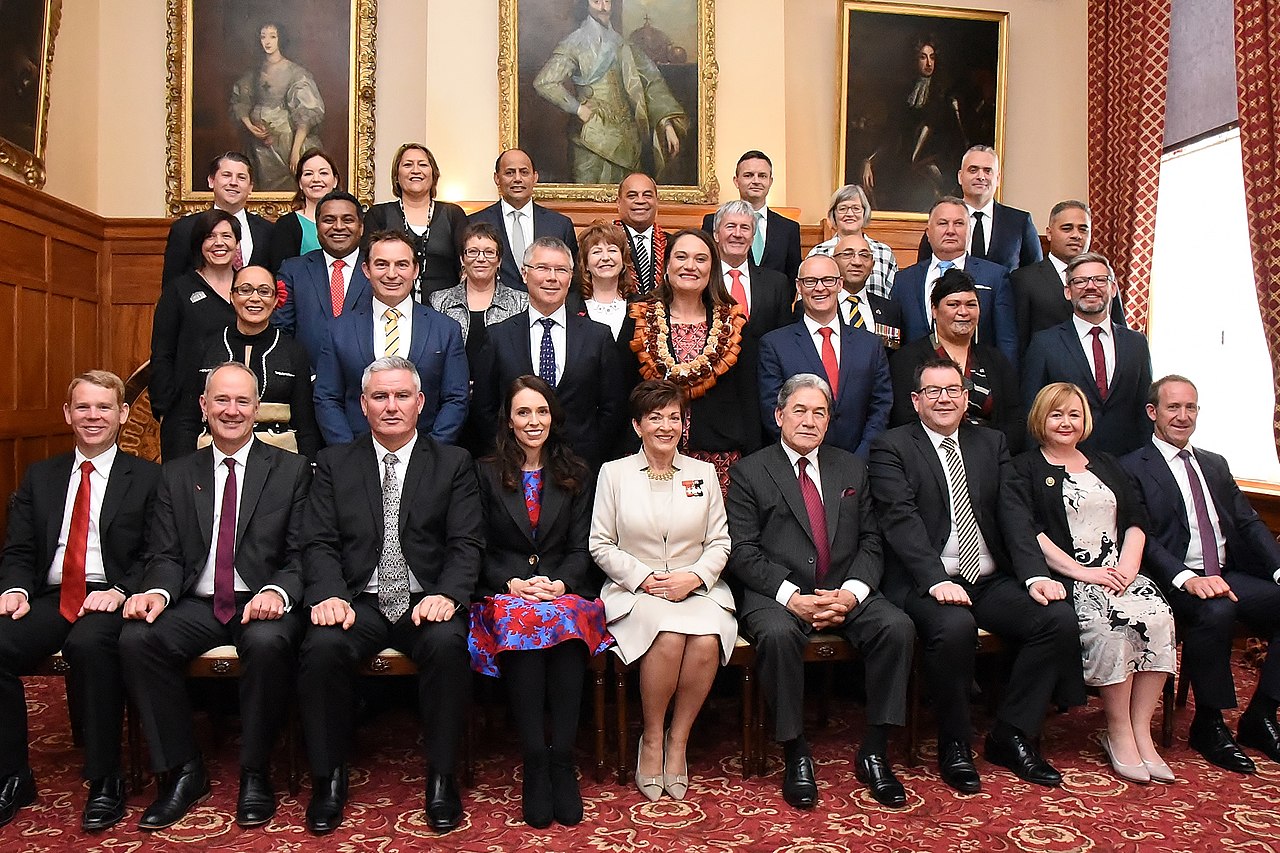 Update! Here they are!

Compared to only forty years ago:

Kiwi friends, you need to go back, all the way back. Don’t make us come and do it for you one day.

Get Clown World in your Inbox